Rick Steves: Bulgaria
View map
Bulgaria, so mysterious to most Americans, has a vivid identity as a crossroads of the Balkans. Trace the country’s complex history, from ancient Thracian tombs to medieval Orthodox Christian monasteries to Soviet monuments. And enjoy an intimate taste of contemporary culture: the yellow brick road of Sofia; the craftspeople of the medieval capital, Veliko Tarnovo; and the thriving pedestrian zones of cosmopolitan Plovdiv. Learn more about this episode.

Samantha Brown: Lake Geneva and the Valais, Switzerland
View map
Switzerland has a beauty that goes unmatched. Mountains, shimmering lakes, vibrant cities, terraced vineyards… all housed in a small but mighty country. Switzerland is also home to some of the friendliest people on the planet, and getting to know those behind Swiss traditions and treasures is well worth it. Learn more about this episode.

Rick Steves: Romania
View map
Tour Romania’s vibrant capital, Bucharest, with its “Little Paris of the East” architecture and lingering reminders of a brutal communist dictator. Then head into Transylvania to visit fortified churches, cobbled merchant towns like Sighișoara, and castles made famous by an imported German king and the real-life Dracula. Finally explore Maramureș, where everyday life still feels like an open-air folk museum. Learn more about this episode.

Samantha Brown: Santa Fe, New Mexico
View map
Santa Fe began as the original cultural crossroads of the United States. It is is home to a confluence of Native American, Spanish, western and eastern influence. Here, traditions are strong and artistic boundaries are pushed. Learn more about this episode.

Rick Steves: Assisi and Italian Country Charm
View map
In the Italian countryside, connect with rustic, traditional culture: enjoy an agriturismo (farmhouse inn), see how prosciutto and pecorino cheese are made, and hike to the bottom of deep and ancient wine cellars. Then end in Assisi — the hometown of St. Francis — which retains its spiritual aura to this day. Explore its stony center before trekking to its awe-inspiring basilica, built on the tomb of the beloved saint. Learn more about this episode.

Samantha Brown: Seoul, South Korea
View map
Seoul, South Korea is considered one of the greatest success stories of the 20th and 21st Centuries. From architecture to dining traditions, you’ll find the ancient juxtaposed with the modern, and in Seoul, it just works. Seoul thrives on rituals and traditions, all while embracing its place in a fast-changing world. Learn more about this episode.

Learning connections on PBS LearningMedia
Seoul: The Stream of Consciousness (grades 9-12)
How Did North Korea Get Like This? A Brief History Lesson Plan (grades 6-12)

Rick Steves: Siena and Tuscany’s Wine Country
View map
Siena, once a proud and independent city-state, retains its confidence and unique traditions. Enjoy a front-row seat at its wild horse race — the venerable Palio — and marvel at cultural treasures from the days when it rivaled Florence for leadership of Tuscany. Learn more about this episode.

Samantha Brown: Lafayette and Cajun Country, Louisiana
View map
Welcome to the heart of Cajun Country. It’s a place where you’re never far from a good dance, fantastic live music, great food and one of America’s best-preserved and most unique cultures. Cajun Country clearly moves to its own beat. Here, hospitality isn’t a travel buzzword, but a way of life. Learn more about this episode.

Rick Steves: West England
View map
The quintessence of charming England is the “West Country”: quaint Cotswold villages with their fine churches, manor homes, and gastropubs; Wells, England’s smallest cathedral town; and the New Age capital of Glastonbury, with its legends of the Holy Grail and King Arthur.  Learn more about this episode.

Samantha Brown: Rhine River Cruise
Enjoy exploring the Rhine River with AmaWaterways, touching four countries and about 1,000 years of history. Castles, cathedrals, ‘bourgs and ‘bergs, this was an adventure of a lifetime.  Learn more about this episode.

OUR TRIP’S PROGRESS AT THE END OF WEEK FOUR: 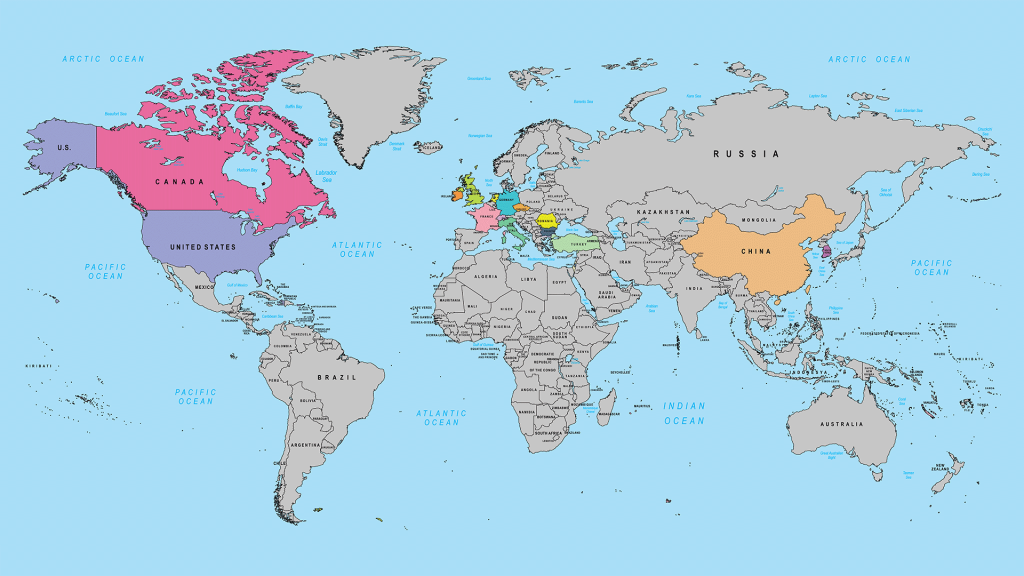