During week seven Rick Steves and Samantha Brown travel to the Italy, Scotland, Austria, the British Virgin Islands, Arizona, New Hampshire and Texas. Below you’ll find travel logs, links to more information about each episode, additional educational materials on PBS LearningMedia related to the countries and topics, and maps tracking our progress!

Rick Steves: The Best of Sicily
View map
This tour of Sicilian highlights starts in Palermo, where you’ll sing with the merchants in the markets, join locals in their passeggiata, drop in on a contessa, and marvel at the Romanesque cathedral of Monreale. Then sip wine on the slopes of Mount Etna, munch cannoli, ponder Greek temples at Agrigento, admire Roman mosaics at the Villa of Casale, and marvel at the view from the Greek theater in Taormina. Learn more about this episode.

Rick Steves: Sicilian Delights
View map
Sicily serves up a full-bodied and tasty travel experience. Dine on fresh seafood at the fisherman’s harbor in Cefalù, ponder ancient Greek greatness in Siracusa, commune with monks — alive and departed — in a Capuchin crypt, sleep in an olive orchard at an agriturismo, and eat a classic Sicilian banquet with a famous chef. Learn more about this episode.

Samantha Brown: Dallas, Texas
View map
Dallas is a destination synonymous with sheer bigness. However, there’s a lot of small, personal and unique things happening in Dallas. From charming neighborhoods with a focus on local business, to unexpected green space and an incredible art scene, Dallas, Texas is a place to love. Learn more about this episode.

Rick Steves: Scotland’s Highlands
View map
The Highlands stoke kilted dreams of Scotland…where legends of Bonnie Prince Charlie swirl around lonely castles. Visit the “Weeping Glen” of Glencoe, bustling Inverness, and the battlefield at Culloden. Then make a pilgrimage to the spiritual capital of a major clan, and go prehistoric at Stone Age burial grounds and Iron Age island forts. Venturing along the Caledonian Canal and watching for Nessie at Loch Ness, work up an appetite for modern Scottish cuisine and enjoy traditional folk music. Learn more about this episode.

Samantha Brown: Lakes & Mountains of New Hampshire
View map
New Hampshire a destination with a down-to-earth style, where the mountains are meant to be climbed, and the pristine lakes enjoyed… all so that the significance of nature is never taken for granted. It’s a place that reminds us of how things used to be. Main streets thrive, candy counters are taken seriously and video games played religiously. It’s where the people don’t brag, but have plenty to brag about. Learn more about this episode.

Rick Steves: Scotland’s Islands
View map
Begin on the tranquil Isle of Iona, where Christianity first reached the shores of Scotland. Then visit another of the Inner Hebrides, road-tripping across the Isle of Skye, to explore Iron Age forts, peat fields, a venerable distillery, thatched crofter huts, and the dramatic Trotternish Peninsula. Finally, sail to Orkney — more Nordic than Celtic — with its stony remnants of a thriving Iron Age civilization and evocative reminders of the 20th-century wartime harbor at Scapa Flow. Learn more about this episode.

Samantha Brown: Phoenix, Arizona
View map
Phoenix is a place known its great outdoors—from its desert environment, to its art, and even settings for a five-star meal. Its surrounding landscape and climate is so restorative that one of the world’s most famous architects wintered here, designing his own home to bring the outdoors in. But even indoors, this city’s offerings shine brilliantly. From a one of kind museum dedicated to musical instruments, to a 50-year-old theater company, and a food and drink scene that comes from the heart, the nation’s fifth largest city offers many personal, inspiring experiences.  Learn more about this episode.

Rick Steves: Glasgow and Scottish Passions
View map
Glasgow, once an industrial powerhouse, offers a fun look at Scotland’s vibrantly gritty urban side — full of edgy street art, trendy dining, and the striking architecture of Charles Rennie Mackintosh. Leaving town, tap into Scottish passions as we tour historic Stirling Castle and nearby battlefields, sample a dram at the land’s most beloved distilleries on the Speyside Whisky Trail, watch a sheepdog demonstration, and struggle to lift the Manhood Stone at a Highland Games. Learn more about this episode.

Samantha Brown: Vienna, Austria
View map
It’s a city that simply stuns in its beauty. A rich, physical expression of history and tradition, yet at its heart a destination of comfort, friendliness and ease. It’s a city where wine is not only enjoyed, but grown within its urban limits. Where serious music is seriously playful, and what remains hidden is remarkable! It’s the capitol of not just a country, but an entire empire. Learn more about this episode.

OUR TRIP’S PROGRESS AT THE END OF WEEK SEVEN: 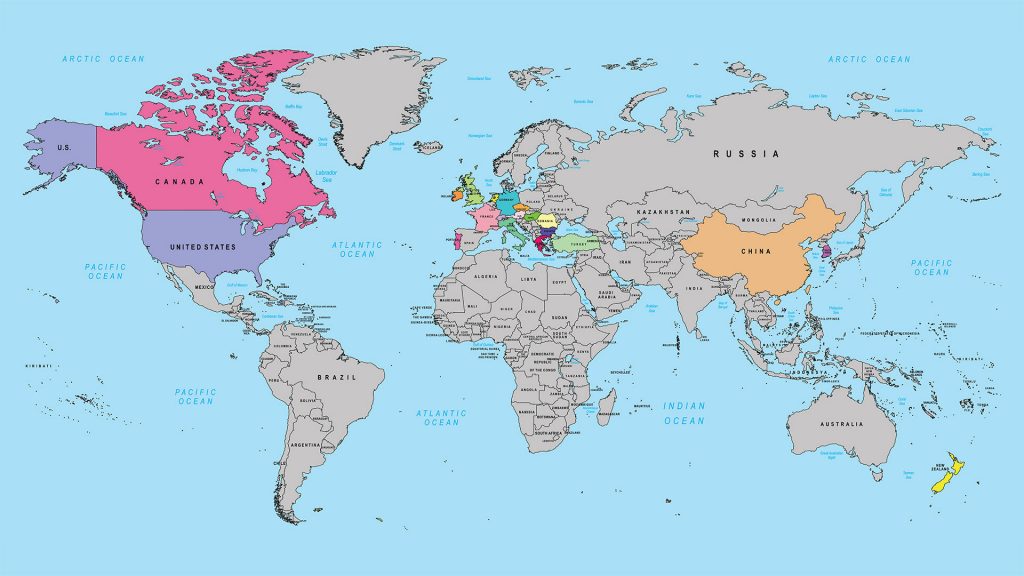