For a week in January, the South Central Regional Library in Louisville transformed into a science learning center for almost 30 kids and their families. The KET Early Childhood Education team partnered with the library and their pal, Ruff Ruffman to create a fun environment for science inquiry and engineering design processes. Each night featured a new concept: mixtures, materials, friction, and structures. The camp was made possible through the Ready To Learn grant which helps support families’ development of STEM and literacy skills. 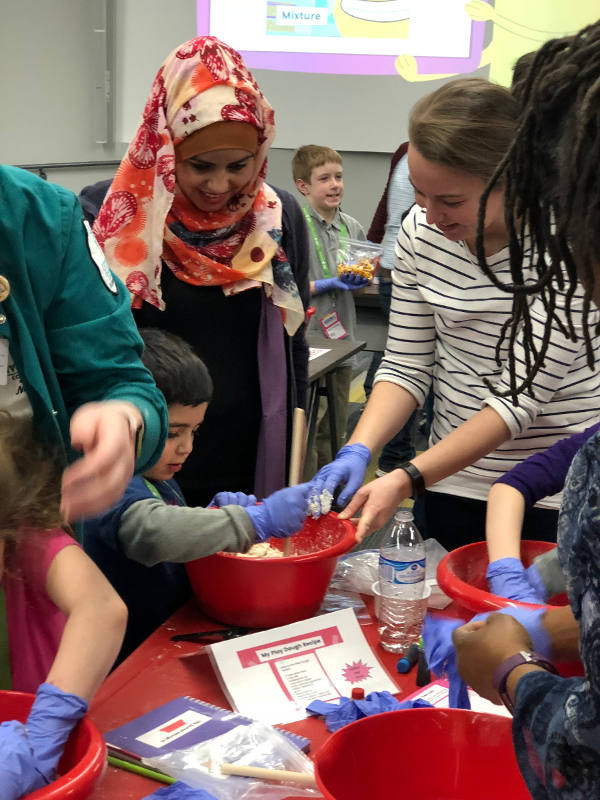 When asked what the most challenging thing they did at camp was, one kid replied, “stirring play-dough!” When learning about mixtures, it did take a bit of muscle to really get all the ingredients incorporated but there was no shortage of family and volunteer help. That night, they also made trail mix. These activities highlighted the differences between reversible and irreversible mixtures. 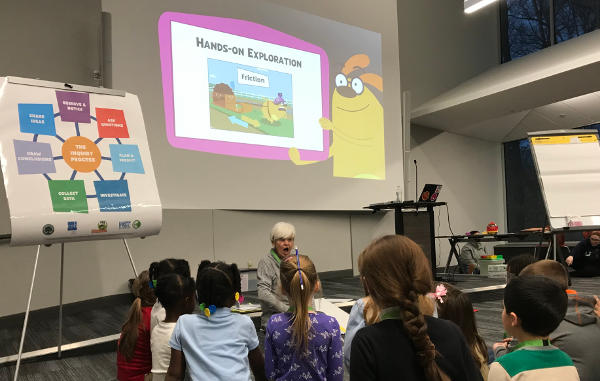 After spending some time learning the vocabulary and concept associated with friction, the kids worked in teams to add different surfaces to a ramp. Then, the theorized which one would cause the least friction for the cars. One little boy came back the next day and shared how his class made ramps to learn about friction after he told his teacher what he had done at camp. 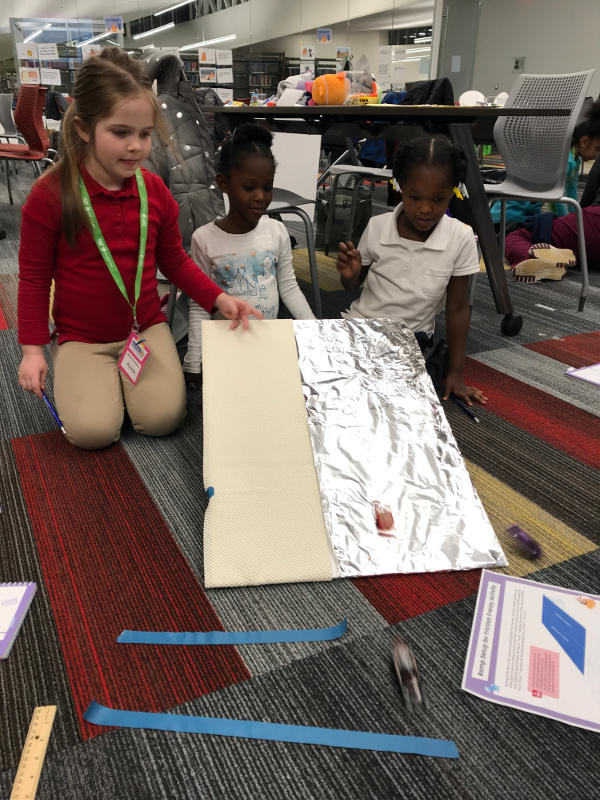 “I had the most fun when we got to choose materials to protect Ruff,” reflected a camper on the last night of sharing. Their plush Ruff was in danger of getting wet by the rain, or burned by the sun, or too cold if they didn’t come up with some ways to protect him. Ruff ended up with cling wrap raincoats and even some stylish shades. The kids laughed when they got to spray Ruff with water to see if their materials held up to the elements. 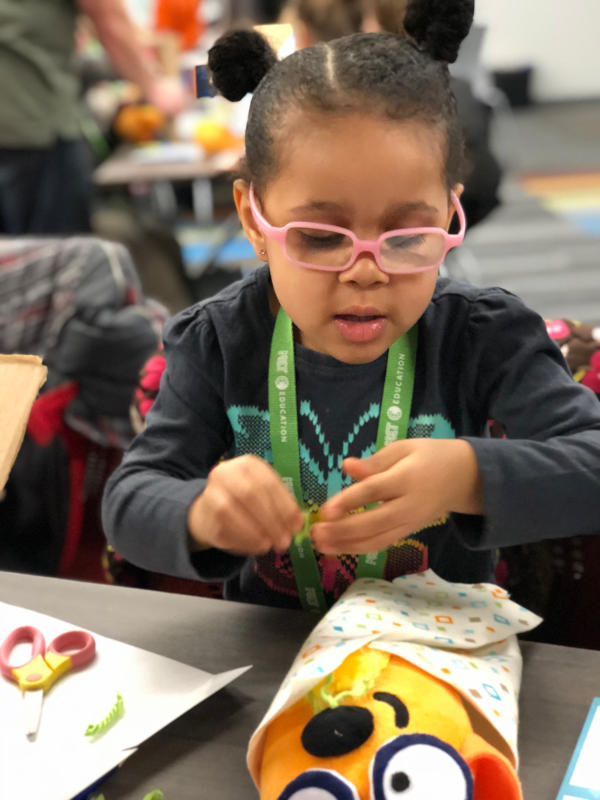 During the night about structures, the kids were excitedly planning out a playground for their Ruff Ruffman plush. Boxes of cardboard, string, tubes, construction paper, and other odds-and-ends quickly took the shape of Ruff-sized playground equipment. The kids figured out that stability is really important when trying to construct play equipment that Ruff can actually use and that testing their design as they went along made it easier to make adjustments. Soon, the floor was covered with completed swings, slides, teeter-totters, and even a splash pad! 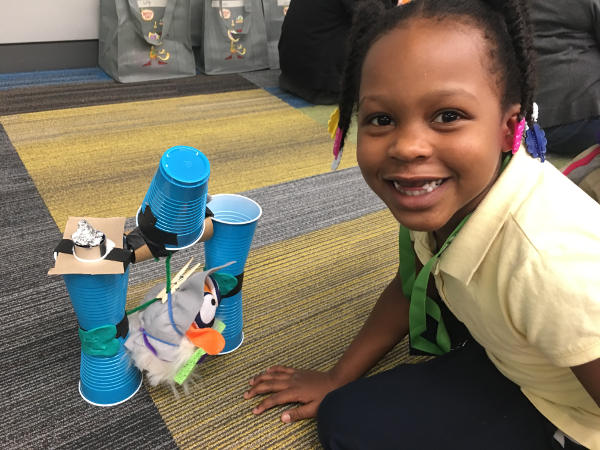 By the last night, the KET team felt their mission was accomplished in showing kids and their families that science is accessible and learning can be fun. There were lots of “complaints” from campers that it was over too soon and they hoped there would be more camps in the future. They all left with a smile on their face and a sense of empowerment. They could explore their world on their own but also knew that Ruff Ruffman was just a click away to help them along!