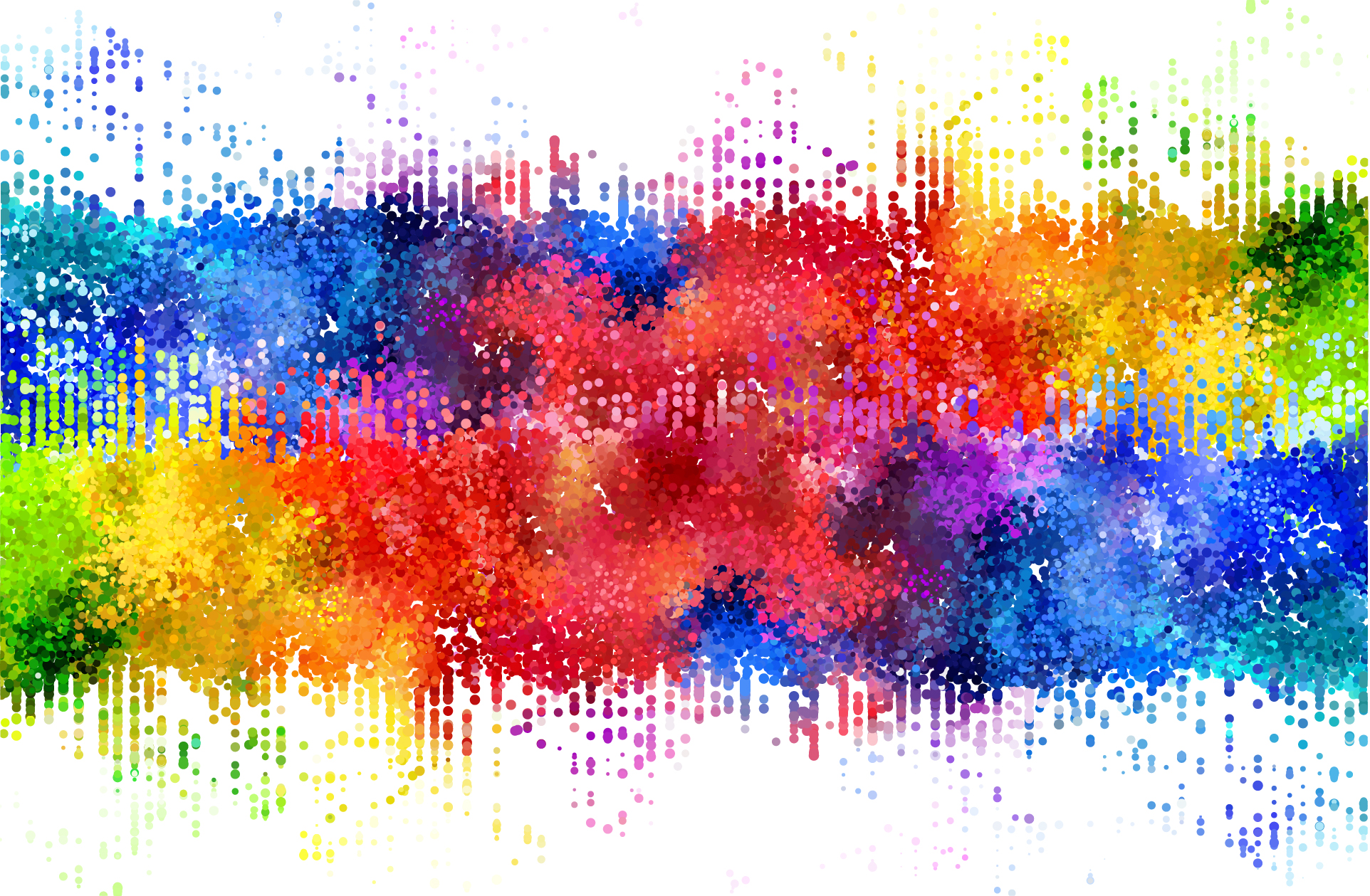 Get On the Same Page with award-winning, nationally recognized, and published creators to explore the variety of processes, inspirations, and backgrounds found within the world of writing and illustrating.

Register for upcoming sessions now, and access recordings from past sessions at the bottom of this page.

Upcoming On the Same Page Visits

Kyri Demby is an author and educator with a deep understanding of music and how to connect with students through the power of sound and art. His passion for music and for teaching lead him to a career in music education, devoting himself fully to changing lives through music and learning.

As an Author, Kyri has published a variety of works including Lori Biscuit – the Musical Detective series, The Tales of the Still Quarters series, Uncle Jabbo’s Stable series, and Demby’s Playful Parables. Since his first book was published in 2007, Kyri has continued to produce works specially crafted to not only entertain children but to inspire them to learn and grow. He is eternally grateful for the opportunity to use both music and creative writing to change children’s lives—a pursuit which he intends to continue with no signs of slowing down.

Michael Regina has been drawing comics since the third grade, and his passion for art and storytelling has stayed with him his whole life. He studied painting and drawing at the University of North Florida and minored in literature. Michael is also the creator of the Webtoons.com featured comic Adamsville. He creates all-ages graphic novels with plenty of scares, and a lot of heart, that parents can feel safe with their kids reading. His new book, The Sleepover, is available now.

When he’s not making comics, he loves fishing, begrudgingly rooting for the Jacksonville Jaguars, and spending time with his family. They all live in Jacksonville, Florida.

Megan E. Freeman attended an elementary school where poets visited her classroom every week to teach poetry, and she has been a writer ever since. Her debut middle grade novel, ALONE, won the Colorado Book Award, is an NCTE Notable Novel in Verse, a Goodreads Choice Award Finalist, and was included on over a dozen Best Of and state reading lists. Megan is also a Pushcart Prize-nominated poet and the author of the poetry chapbook, Lessons on Sleeping Alone. An award-winning teacher with decades of classroom experience, Megan is nationally recognized for her work leading workshops and speaking to audiences across the country.

Hannah Edelen, Springfield native and public school teacher, is Miss Kentucky 2022. She is a proud graduate of Washington County High School, which is where she met a teacher that played a pivotal role in her life and helped her apply to the Governor’s Scholar Program.

As Miss Kentucky, Hannah’s social impact initiative is “Read Ready Kentucky,” inspired by her own story of how education and reading was transformative in her life and by the local efforts in Covington, KY. She hopes to use this initiative to equip students with the power to change the world through reading.

Her love of literacy goes hand in hand with her work as a Children’s book author. A few years ago, Hannah began working to make her stories come to life. In March, she was able to publish her first book, Hank the Horse and the Case of the Missing Eggs! – a tale about information literacy that is currently available on Amazon. She is also working on a collaborative book with Kentucky Proud, the state’s official marketing program, that will tell a story about agriculture and Kentucky farmers.

With Appalachian roots and a global reach, George Ella Lyon writes in multiple genres for readers of all ages. She has published five poetry collections, a novel and memoir for adults, novels and poetry for young people, and many children’s picture books. Her most recent titles include Back to the Light: Poems (Univ. Press of Ky 2021) and Time to Fly (Atheneum 2022). Her poem “Where I’m From” has gone around the world as a writing model. Married to musician & writer Steve Lyon, she served as Kentucky Poet Laureate (2015-2016) and was recently inducted into the Kentucky Writers Hall of Fame.

Raised by wolves just outside Los Angeles, Bruce Hale began his writing career while living in Tokyo, and continued it after moving to Hawaii. He’s too modest to mention his Nobel Peace Prize and his Olympic Gold Medal (in long-distance procrastination), so we won’t mention them. Before entering the world of children’s books, Bruce worked as a magazine editor, toymaker, gardener, actor, corporate lackey, and DJ.

From picture books to novels and graphic novels, Bruce has written and/or illustrated over 70 books for kids. His popular series include the award-winning Chet Gecko Mysteries, The Monstertown Mysteries, and Clark the Shark, among others.

When not writing or illustrating, Bruce loves to perform. He has appeared on stage, on television, and in an independent film called The Ride, where he played a surfer’s agent. Bruce is a popular speaker and storyteller for audiences of all ages, from the lunchroom to the boardroom. In 1998, he won a Fulbright Grant to teach storytelling and study folklore in Thailand. (No, he doesn’t speak much Thai, but he loves the food.)

A former member of the National Speakers Association, Bruce has presented at colleges, universities, and conferences, both nationally and internationally. On top of that, he has visited schools and libraries from New York to New Delhi. (And yes, he loves to travel.)

These days, Bruce lives in Santa Barbara with his wife and his massive collection of hats. When he’s not at the computer or drawing board, you can find him hiking, kickboxing, watching movies, or singing with a latin jazz band called Mezcal Martini.

Lindsey Stoddard was born and raised in Vermont where she grew up loving hiking along the Appalachian Trail, playing in the snow, and eating Ben & Jerry’s ice cream. She was a middle school English teacher at MS 324 in Washington Heights, NYC for ten years and now cherishes any opportunities she gets to connect with kid readers and writers. She received her Masters of Fine Arts in Creative Writing for Children and Young Adults from Vermont College of Fine Arts and is the author of five critically acclaimed middle grade novels, Just Like Jackie, Right as Rain, Brave Like That, Bea Is for Blended, and The Real Deal. She currently resides back in Vermont with her husband, their two children, and dog.

Melissa Iwai is the children’s book author and illustrator of the new series, Gigi and Ojiji, Soup Day, Pizza Day, and Dumplings for Lili (a Bank Street Best Book 2022 and Charlotte Huck 2021 recommended book). She has illustrated over thirty picture books during her career, including Thirty Minutes Over Oregon, and Let’s Go to the Hardware Store. A self-described foodie, she loves to infuse her work with the joy of cooking with children.

Josh Crute is the author of several picture books, including Oliver: the Second-Largest Living Thing on Earth; Jonas Hanway’s Scurrilous, Scandalous, Shockingly Sensational Umbrella; and Hornswoggled! His first early reader graphic novel, The Untimely Passing of Nicholas Fart, illustrated by James Rey Sanchez, hits stores in 2023. Josh lives in Alabama with his wife who patiently puts up with his fart jokes.

On the Same Page Archives

Former Children’s Poet Laureate Kenn Nesbitt’s high-energy, educational stand-up comedy poetry programs will have your students howling with laughter and clamoring for more as he shares the thrill of funny poetry.  Even the most reluctant readers and writers will be composing new poems and heading for the library after spending time with Kenn.

Sarah Giles is an author, illustrator, and experimenter-in-charge at the Big Fab Story Lab on YouTube. When she’s not writing, drawing, or filming, she loves visiting classes to share her best story-building tips and tricks with kids!

Sarah loves to create stories that tackle the tricky parts of growing up with empathy, encouragement, and many laughs along the way. Her published works include the Fitting Out and Switches and Peeps chapter book series, and the creative writing activity book: Write Like A …

In addition to working on graphic novel projects of her own, Sarah also works with Kids Comics Unite, a community of artists, writers, and publishers who are passionate about making graphic novels for kids.

Author-illustrator Jarrett Lerner is the creator of the EngiNerds series of Middle Grade novels, the Geeger the Robot series of early chapter books, the activity books Give This Book a Title and Give This Book a Cover, and The Hunger Heroes series of graphic novel chapter books. Jarrett is also the creator of the forthcoming illustrated novel in verse A Work in Progress, a forthcoming set of early readers, and more. All of Jarrett’s books are published by Simon & Schuster. In addition to writing, drawing, and visiting schools and libraries across the country, Jarrett co-founded and co-organizes the #KidsNeedBooks and #KidsNeedMentors projects. He can be found at jarrettlerner.com and on Twitter and Instagram at @Jarrett_Lerner. He lives with his wife and daughters in Medford, Massachusetts.

Erica Henderson is an author and artist best known for her work on Marvel’s The Unbeatable Squirrel Girl and Archie’s Jughead. She’s been working on, writing about and teaching comics for over a decade.

David Wayne Chiu is Brooklyn-based sequential artist who’s done work across variety of mediums, from comics to infographics to instruction manuals to storyboards. He’s the author/illustrator of Create Your Own Graphic Novel: A Guide For Kids and artist for The Golden Pups.

Benito Cereno is a writer and podcaster whose comic book writing has been published by Image Comics, Dark Horse Comics, Dynamite Entertainment, and New England Comics. Two series that he wrote for, Invincible and The Tick, have been adapted as television series on Amazon Prime. Together with fellow writer Chris Sims, he is the co-host of the comedy podcast Apocrypals, which argues that if you can understand Star Wars, you can understand the Bible. As a contributor to Grunge.com, Benito writes articles and essays on topics including ancient history, folklore and mythology, religion, and horror movies. He lives in Central Kentucky with his wife and their three terrible cats.

Learn more about how to enter the current Young Writers Contest.

Enjoy a selection of past Young Writers Contest winners.

Review the rights associated with the Young Writers Contest.