All across Kentucky, from mountains to river bottoms to city streets, traditional ways of living, working, and playing continue to thrive. Whether passed down through generations or shared by the state’s most recent immigrants, the skills and knowledge of a multitude of cultures inform and enrich our customs, beliefs, and arts.

Journey through this rich cultural landscape with the 1998 KET production World of Our Own: Kentucky Folkways.

KET’s camera crews spent six months and logged more than 10,000 miles, back and forth across Kentucky, to examine traditional music, art, games, and occupations, as well as folk art, crafts, and the customs associated with fishing, cooking, distilling, tobacco farming, funerals, and river life. Some of what they found reflects the customs of recent immigrants to the state, while other customs have been here for centuries.

The title of the series was inspired by the enormous body of knowledge represented in each custom or tradition, says producer Guy Mendes. “Sometimes this knowledge is written down, sometimes not. Often it’s contained and passed on within one family.”

Each person profiled in the series gives us a glimpse of a particular world of skills and tradition. We watch Pauline Proffitt create rugs from old blue jeans, and we hear about herbal cures from Crow Dog, a Cherokee healer. From stonemason Robert C. Jackson Sr., we learn that “green rock,” rock fresh from the ground, is easier to work because it’s still full of moisture. We learn about—and hear—the differences between black and white gospel music and the contrasting fiddle-playing styles of the northern and southern parts of the state.

Throughout the eight half-hour programs, interviews with professional folklorists put the customs into context. Michael Ann Williams, who teaches at Western Kentucky University, explains that Kentucky pork barbecue served with corncakes reflects a cross-cultural tradition that began in Virginia nearly 400 years ago with the Jamestown colony. Native Americans gave us cornbread, she notes, but the English brought the pig.

Other folklorists who advised KET on the project include Elizabeth Adler of Lexington, who also wrote the accompanying teacher’s guide; Loyal Jones of Berea; and Lynwood Montell, Erika Brady, and Johnston Akuma Kalu Njoku of Bowling Green. Robert Gates, director of the Kentucky Folklife Program, served as co-director of the project with Nancy Carpenter, KET director of arts and cultural programming.

The Culture of Work (Part 1) 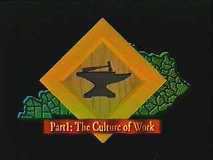 The interviews with Goldie Payne are with her and her daughter Nikki Kesinger, who run Goldie’s Opry in Owensboro. Also included are interviews with amateur talent Katie Lynn Brennen and Johnna Wood, winner of weekly talent contest (Davies Co.). 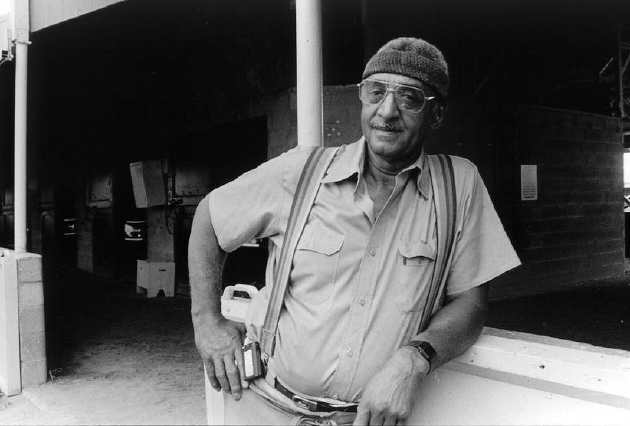 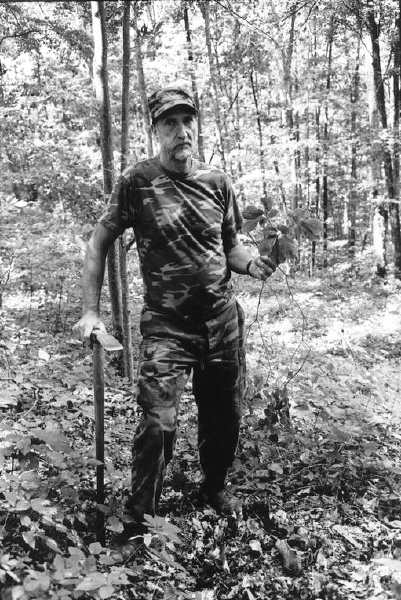 The Culture of Work (Part 2) 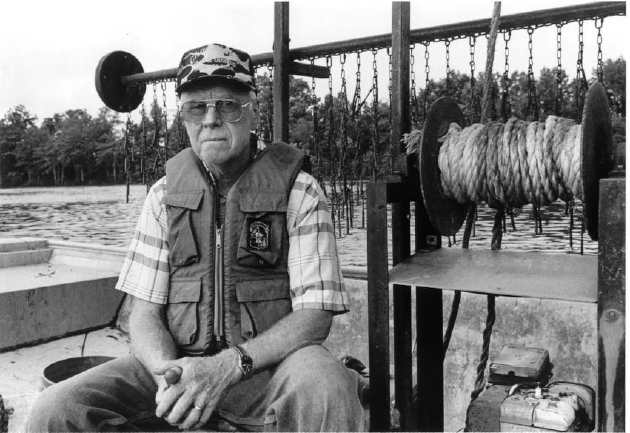 Musseling with John Goheen, who brailles for shells that once were made into buttons; now they go to Japan for use in the manufacture of cultured pearls (on the Tennessee River)

Trucker John Ferguson, Sonora, talks about his life on the open road.

Victoria and Monica came to Kentucky to work in tobacco, now their store serves as a gathering point for Hispanic workers in the Bluegrass region (Woodford Co.). Also included is an interview with folklorist Betsy Adler.

The Culture of Play (Part 1) 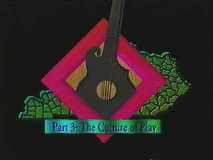 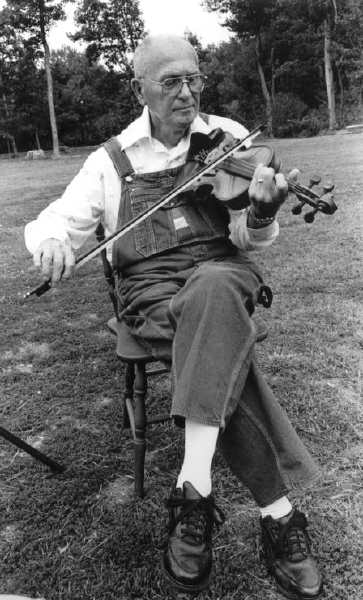 The Culture of Play (Part 2) 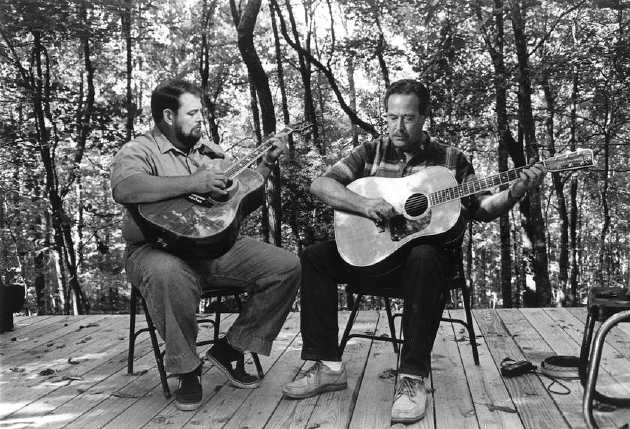 Program 4 visits celebrations of the Fourth of July through interviews with Gov. Paul Patton and others. Also included is an interview with folklorist Johnston Njoku.

Emancipation Day is seen through interviews with celebrants at Paducah’s annual festival honoring the end of slavery (McCracken Co.).

The Saturday-night dance is a long-standing community tradition in Carcassone which we learn about through interviews with Clifton & Ruby Caudill, founders of the dances at Carcassone School. Also included are interviews with square-dance caller Charlie Whitaker and former Appalachian Volunteer John Henrikson (Letcher Co.).

Art of the Everyday (Part 1) 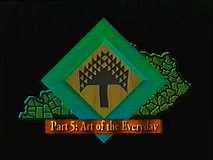 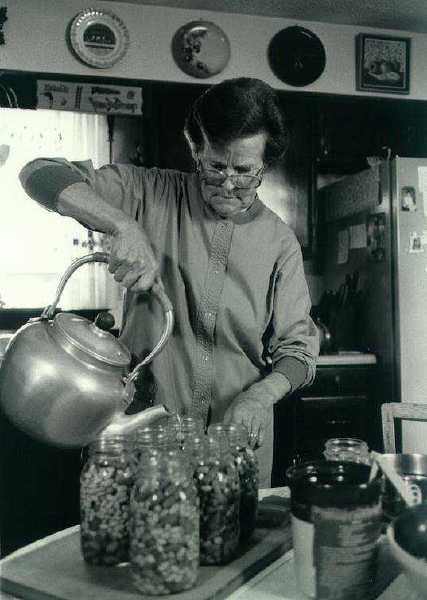 Learn about canning and preserving during an interview with Irene Moore of Grayhawk (Jackson Co.) about putting up 95 percent of her family’s food from her garden and orchard.

Info on quilting and weaving comes to us from weaver-quilter Pauline Proffitt of Paint Lick. Also included is an interview with folklorist Michael Ann Williams.

There are interviews with author Loyal Jones of the folk art fellowship.

Additionally, hear from Minnie Adkins and her husband Garland, whose annual folk-art gathering has long been a much-anticipated summer event in Elliott County. The interviews with Minnie & Garland Adkins, Phyllis George Brown, Tim & Junior Lewis and others discuss the Adkins annual “Day In The Country,” which showcases folk art from the Left Fork of Newcombe Creek near Isonville (Elliot Co.) and beyond.

Art of the Everyday (Part 2) 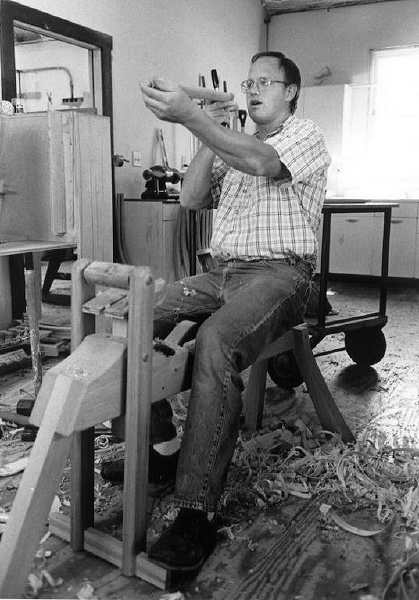 In Mount Vernon, we hear from shake makers William and Randy McClure, father and son who rive shingles by hand (Rockcastle Co.).

Learn about chairmaking in the Appalachian tradition through an interview with Brian Boggs of Berea (Madison Co.).

Finally, we have an interview on dog breeding with Master of the Hounds Jerry Miller of the Iroquois Hunt Club on what it takes to make a good Walker Hound, the breed of dog used in fox (now coyote) hunting in the Bluegrass hunt country (Fayette Co.) 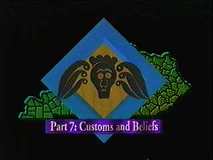 Program 7 features a comparison of black gospel and bluegrass gospel in song and in interviews with members of the the Northern Kentucky Brotherhood (Covington) and the Gospel Way Bluegrass Singers (Kenton Co.); also interview with folklorist Bob Gates. 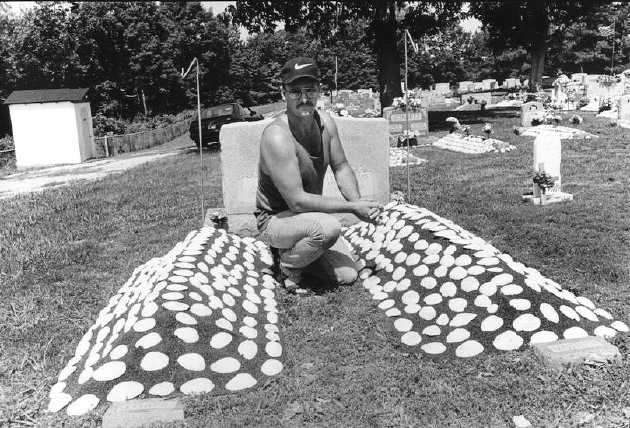 Funeral director Kevin Kirby of Bowling Green and folklorist Lynwood Montell lead us through funeral ways and roadside memorials. Also included are interviews on Homecoming Day with members of the Hill Grove Church (Edmonson Co.) about the long tradition of covering graves in their churchyard with bleached mussel shells. We also see a sampling of the many personalized roadside memorials to accident victims. 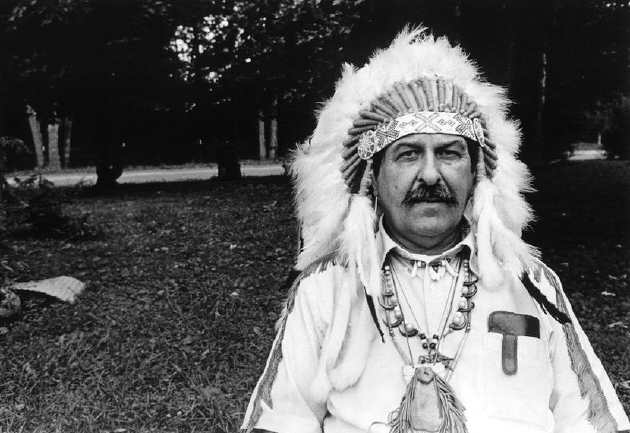 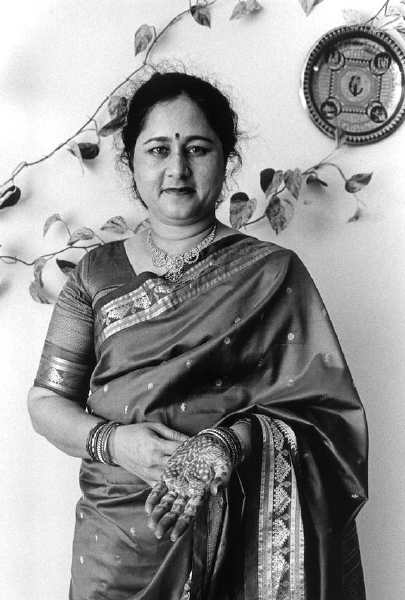 An example of Mehndi Hand Art

Program 8 begins with a rare look at a service of the Old Regular Baptists with a sampling of the Sassafras congregation’s haunting music with members singing their lined-out hymnody and preaching the gospel. Included are comments by Elwood Cornett, an elder of the Indian Bottom Association in Blackey about the self-described “peculiar” people who baptize in natural waters and who forsake dancing, musical instruments, and church ornamentation. Also included is an interview with author Loyal Jones.

The program continues with a tour of Nelson County shrines and spiritual yard art by Mary Rebecca Boone and Father Robert Brown who live in the “Holy Land of Kentucky” near Gethsemane Monastery. Included is footage of the many shrines to the Virgin Mary along “Monks’ Road.”

Rangoli artists Nirmala Sathaye and Suhasini V. Bhapkar, Lexington, demonstrate their skill and discuss their perpetuation of Indian customs in their suburban U.S. homes. Also included is an interview with folklorist Betsy Adler.

Finally, we hear about Cherokee lore through interviews with Richard Blue Cloud Kidd and his daughter Cornblossom, makers of Indian crafts and descendants of Chief Doublehead. Their ancestors escaped the Trail of Tears but their lands and their legendary silver mine were lost forever (McCreary Co.).

The teacher’s guide summarizes each segment of World of Our Own: Kentucky Folkways and suggests ways to incorporate the series—and, by extension, a community’s own traditional culture—into classroom learning.